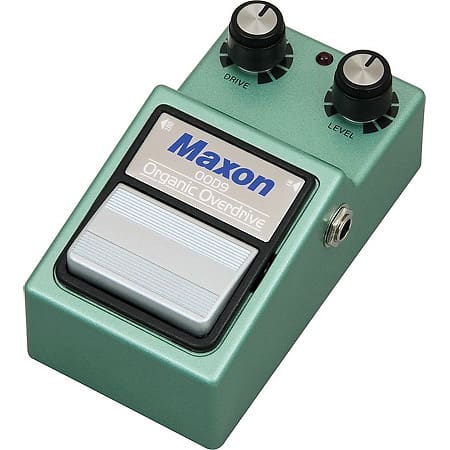 SKU:
CA$250.00
CA$250.00
Unavailable
per item
Let’s face it, just like the term “true bypass switching,” the 4558 IC chip has become a major buzz term in the world of analog effects. And while the arguments rage as to which version sounds best and whether the year the IC was manufactured will affect the tonality of the pedal, the fact remains that most tone junkies are hooked on the sound of the 4558.

Far be it for Maxon to disappoint - the new Maxon OOD-9 Organic Overdrive is based around the same re-vamped OD880 circuit as the OSD-9 Overdrive/Soft Distortion. Yet instead of employing the original 741 Op-Amp, the OOD-9 is loaded with a current production JRC 4558 dual Op-Amp instead.

The difference in tone is subtle but sublime. More focused in the lower-mids, the OOD-9 compliments Humbucker-equipped guitars perfectly by offering a creamier, thicker overdrive than the OSD-9. Like the OSD-9, the OOD-9’s post-integration overdrive circuit smoothly changes according to input level, offering a highly dynamic response to picking technique that will work magic in the hands of a talented player. In other words, if you’ve got technique, the OOD-9 will give you tone to match!

Use the OOD-9 with a clean amp to create a virtual overdriven channel, or use it with an already distorted amplifier for more power and sustain. Better yet, use it combination with the OSD-9 for the fattest, smoothest overdrive ever! Whatever the application, the OOD-9 is the natural choice for the most tube-like overdrive yet

Powered by either a 9-volt battery or an AC adapter